Hello BL and danmei lovers alike, how is your The Untamed obsession, are you over it or still checking the special version? i just realized i never posted about CenQingLing when it aired would it be to late to dedicate a blog post to fangirl about it?

So there was a list going around about latest danmei fiction which going to be adapted into drama which got me very excited since last year.

However it was in chinese character as a fans who have close to zero chinese ability but a lot will power I painstakingly collect and translate info from https://new.qq.com/omn/20190825/20190825A08B0000.html various resource just to share
Please check it out here https://drive.google.com/file/d/1u8jPI3WpATuzJJQk27RtxVQGxIyxcHx_/view?usp=sharing

END_OF_DOCUMENT_TOKEN_TO_BE_REPLACED

Hello all happy new year, i didn’t update the blog for quite a while, today i wanted to update and fix my reading list of novel I have finish reading focusing the one with completed translation, or almost finished and i like, i also have this list on novel update that i update more often check that for more novel i’m reading

END_OF_DOCUMENT_TOKEN_TO_BE_REPLACED

So right now i would like to introduce yet again another danmei novel, this time from an Author called Fei Tian Ye Xiang

END_OF_DOCUMENT_TOKEN_TO_BE_REPLACED

When we met for the first time inour first year of high school, he saw my contempt, but silently continued to clean;

In our second year, he kneeled in front of me while enduring the ridicule of others, “Can you please beat me up to vent your anger, then forgive me?”

From then on he would calmly fulfill our appointments: that horrible wound in physical education class, his guilt when he wore three layers of pants, the bruised and battered body that presented itself before my eyes, then I carried the trembling him…….

In our third year, we fell out because of the anger from being betrayed – but now that I think about it, how could that have been betrayal, why did he dare to be friends with me? Even though it was because of my rejection that he once again had to endure violence, what hung on his lips were still “I was the one who lied to you, it’s my fault for making you angry.”

Shi Yan couldn’t help but lift his head up and control the heat in his eyes, while his ears were still ringing from He Nuo’s words that were filled with gratitude, “You are the one who treats me the best!”

I like everything about this novel, being a sucker for angst, slice of life romance END_OF_DOCUMENT_TOKEN_TO_BE_REPLACED

END_OF_DOCUMENT_TOKEN_TO_BE_REPLACED

Counselor : I saw you and that junior doing it in the grass, *cough*, kiddo, please take note and be a bad influence.
WRS : No we just fell accidentally…
Neighbour : Wei Ru Song can you be quieter in bed? We couldn’t sleep the entire night.
WRS : No that was just Xiao Nian giving me a massage ahh…

Gym Teacher : You guys know what you did in the equipment room, go clean the mats!
WRS : Noooooooo that was just the milk I spilt!!!

Finally,
XN : Senior
WRS : Yeah?
XN : Since they already think we’re gay, why don’t we just let this work itself out.
WRS : … Just what I was thinking.

I’m such a lazy blogger, even tho I only do simple review and recommendation which dont really take much effort it seems like I’m losing the ability to write, I use to write much more stuff back in college 😦 so i’m really sorry for not doing the stories justice with my half assed review cause these are in my opinion a very very good stories, do check out the review section in novelupdates for more opinion about this stories

anyway i would like to recommend 3 bl novel that i really enjoy actually i have 2 more but since the genre is different lets divide with 2 post, in this post I shall introduce some of my new favorite which are more plot-heavy, rather than the romance side the action and wits battle takes a lot of portion of the storytelling, but it doesnt make the relationship become less important it is still very much the core of the story END_OF_DOCUMENT_TOKEN_TO_BE_REPLACED

The first anime that you watch, your first favourite, or a manga that give deep impression on you will stay with you for a very long time, that was furuba and banana fish to me

END_OF_DOCUMENT_TOKEN_TO_BE_REPLACED

Apparently OffGun are casted in a new BL series for 2019 , as a good OffGun Shipper Fangirl i am, ofcourse i should put out a few word to promote ^0^

THEY’RE CELEBRATING QINGMING FESTIVAL NEXT TO MY TOMB

this next upcoming series is interesting also because it cast Singto from Sotus and Ohm from Make it right . I liked Sotus while Make it Right is just a meeeh so i’m not sure how i’ll played out, the premise is interesting tho with BL ghost story 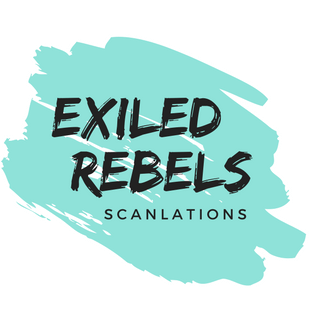